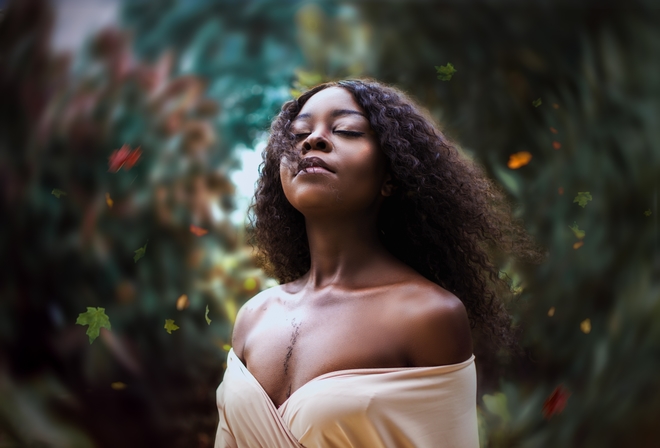 How many of us do not know the story of Ruth? It starts out sad but she eventually meets her Boaz and lives a long and happy life, forgetting not that she became King David’s great grandmother. But there is more to this story and to this woman called Ruth. I remember when the revelation came to me: the story of Ruth is the story between us and Christ Jesus. Let me elaborate on that.

Ruth was a Moabite, so she was not part of the people of Israel. But through marriage, she became the daughter- in law of Naomi, who was an Israelite. After the death of her husband, Ruth made the decision to leave Moab and follow Naomi back home. Her famous words: “Thy people shall be my people and Thy God shall be my God” are words of acceptance. In an instant, she accepted the God of Abraham, Isaac and Jacob as her God, thereby forsaking her own past. She repositioned herself into a different direction.

It was a direction that caused here to be favoured in the eyes of a wealthy and godly man called Boaz. He was a man that redeemed her when others did not want to. This should ring a bell, because it’s similar to realising that we need Christ is our lives when we are in a hopeless situation. Please remember that the price has already been paid. When we want to step into our purpose, sometimes we have to change the direction we are heading in. That means we have to reposition ourselves just as Ruth did.

Ruth was in a place that would not have helped her further in life. Her husband was dead, and so were her brother in-law and father in-law. There was nothing else left for her to do, and then she made a decision that caused her future to be brighter than her past. Us women, we often stay in a place that is unhealthy for us. For example, we stay in relationships that are killing us on the inside. Unless we make the decision to allow God to take control over our lives, we will be stuck in the very same place. But when we declare to God that He is our God and allow Him to take control, He will.

The problem here is that we sometimes just don’t see it. How many times have we heard of stories of abuse for instance. Others will see that the woman needs to leave before she ends up dead, but the women herself doesn’t see that she must leave her Moab. How often do we see woman prostitute themselves? They too need to leave their Moab. Your purpose in life will not be revealed when darkness is all around you. My fellow ladies, when the place where you are in is not advancing you, when you are in a place where there is no future, you must leave. How can one grow when the ground is unfruitful?

When we allow God to reign over our lives, we should know that He has plans to prosper us and not to harm us but plans to give us hope and a future ( Jeremiah 29:11). Is this not exactly what happened to Ruth? She decided to follow the Almighty God and His plans prospered her, gave her hope and gave her a future. You too can have a bright future in the Lord. Sometimes you just need to leave your Moab so that your Boaz can find you.