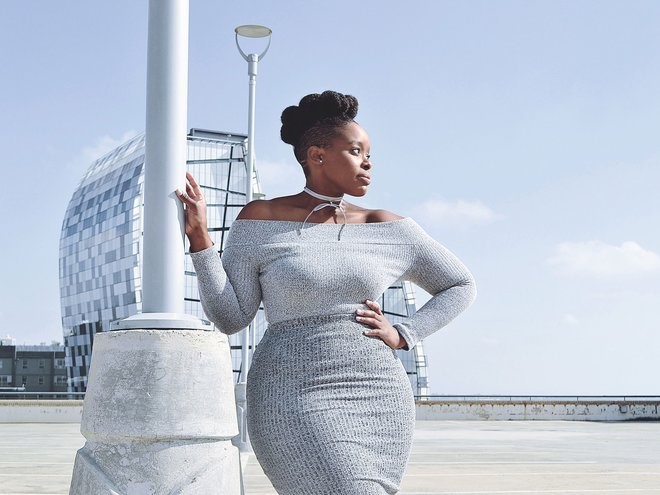 Do you ever think back to the time when you were younger and you would fantasize about being, you know, grown? So. Do. I. I would see women on TV and constantly imagine the future me wearing long lashes, sassy skirts and heels higher than the sky. Oh, and flipping my long hair whenever I felt like. And just being, you know, grown!

As the years go by, I don’t really think of that grown woman anymore because she is a fantasy. I spend way more time thinking about the young girl I used to be. She was so innocent and blissfully ignorant. I think of what I would tell her knowing what I know now: being a woman takes so much energy and dedication.

She might be shocked as to why I didn’t become all I wanted to be. But I know that just one sentence would explain to her why she shouldn’t be so surprised: “I’m trying not to get lost in the sauce.” When I was a young girl, there was a lot that I thought would fill my life by now. But as a woman I have learned, and I am even still learning, how to prioritize. When we grow and prioritize, we end up with a composition of totally different things that we originally planned. And in the midst of this, we still have to try to keep The One who is most important on the front line.

As a millennial woman, I understand that this fast pace world is not at all for the timid. Studying hard, graduating and working till age 67 (Lord, have mercy), are things I never anticipated. My world has become engulfed by becoming successful. And as I progress I’ve noticed that being a woman often times makes being successful harder. Google glass ceiling and you’ll understand what I mean by that. Success for a woman extends to the traditional areas too. Apart from being successful career-wise, the millennial woman needs to be loving, decent and desirable. All this pressure.. I’m sure you feel it too. What would you tell your younger self?

I wouldn’t fail to mention to her that growing up isn’t all bad. Because she isn’t alone. She has a Helper. He who equips her so her lamp won’t go out at night (Proverbs 31:18). My younger self might doubt my credibility because I am a far cry from that fantasy girl. But you know what? Being uncertain is part of the struggle, and it’s also part of your success story. Everyone can grow past that fantasy woman in their head as long as they know that God has instilled a particular ‘je ne sais quoi’ in her. That’s how you’ll embrace who you are and who you are still trying to become.

We were made for a purpose. For a husband, for a family, and for ourselves. Things will become clearer to us once we discover our purpose. There is enough time for you to achieve all you want in life, as long as you understand that a fantasy girl should stay just that: a fantasy. You will become that woman you are destined to be with God by your side, because with him all things are possible (Matthew 19:26).