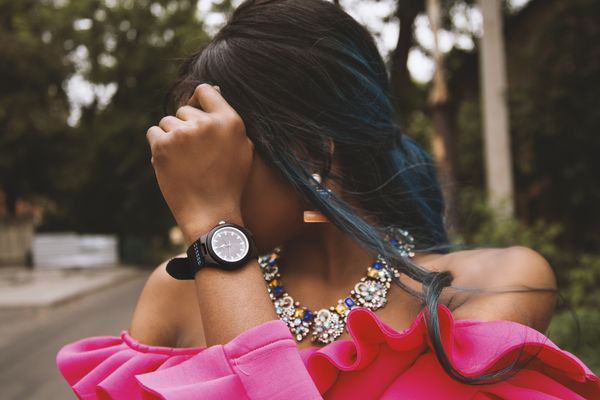 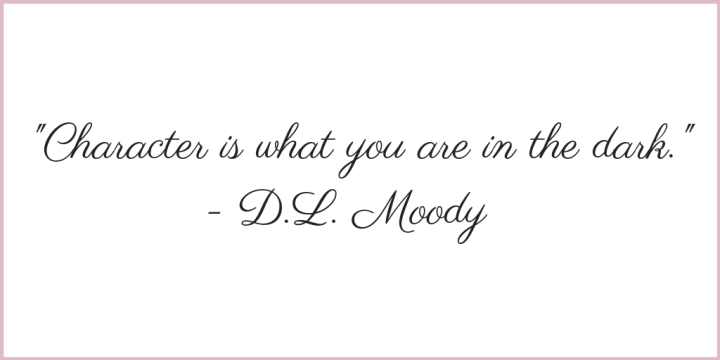 To me, this quote summarises the meaning of character. Our true character is mostly exposed when we are by ourselves or around people we are close to. To the outside world, people tend to put up a persona which hides who they truly are. So it could be said that most things we want to hide are hidden in ‘’the dark.’’

Character is defined as “the mental or moral qualities distinctive to an individual” (Oxford Dictionary). Character includes your moral standards and moral beliefs, and it is also what attracts your association. If you see yourself as a Kingdom Daughter, there are certain traits that need to be taken out of your spirit. There are certain fruits within your spirit that can be damaged if you keep watering them with your own character. For example, having a humble spirit means that you are willing to learn and open yourself up during any process or stage God puts you in. If you are a woman that does not possess the key of humbleness it can become a negative factor in your life in general, because you can miss blessings and lessons from God. Another damaged fruit can be pride. This is where one believes they are above everyone else due to their social status, achievements or qualities. Pride can lead to a point where you mute your system to corrections.

When we look at movie characters there are certain roles they must play to fit a certain character. If people are not careful they can’t distinguish between the persons real character and the character they play on set due to it being on display all the time. Same as people in general we tend to put up a character in front of people but when it comes to our own lives we are totally different. The character you display inside and outside should be rooted in Christ and firm in His foundation for you to produce the right fruits.

Looking at Queen Esther, they had to prepare her for 12 months for her to be around the King (Esther 2:12). This means that there was time to uproot and  install certain traits into her in order for her to remain in the palace and accommodate the Queens anointing continually. They had to also change her perspective on life in general for her to understand the type of Kingdom she was about to operate in.

If we see ourselves as Christlike and Christ-operating individuals that means we are reflecting Christ in the mirror inside and out. You can’t reflect Christ in the mirror and have a different image inside and out. Looking at the book of (Romans 8:29) it states that we should be “conformed to the image of Christ”. Image is not always the physical appearance. Character is one of the major tools people forget. I have noticed that many ladies cover their character traits in the name of “That’s just how I am.” And this is becoming a problem within the Christian community. As a young woman, you have young girls looking up to you and believe me, they are looking at you. The moment you display certain character traits such as anger, pride, jealousy, envy, backbiting, etc. they copy this and run with it.

No one is a perfect individual but if one is dealing with certain character traits they need to surrender to God for an infilling and character change instead of watering it with a cover up act.

Let your character have a fragrance that is welcoming to all.